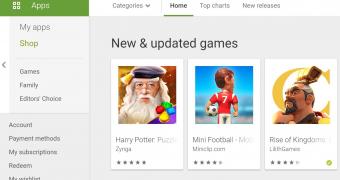 Google has recently announced that the next version of Android will make it easier to install apps from third-party stores, and although the company hasn’t shared too many specifics, it’s pretty clear that the purpose here is to provide users with more control over their devices.

For comparison, iPhone users not only can install apps from the App Store exclusively, which is created and maintained by Apple, but they are also blocked from installing stand-alone packages from other sources or using manual installers.

At this point, most Android devices ship with two different app stores. Samsung phones, for example, feature both Google’s very own Play Store but also the South Koreans’ Galaxy Store.

And Google wants to increase the security of users even when these apps aren’t downloaded from its stores. How exactly this is going to work is something that remains to be seen, as Google isn’t sharing too much information r… (read more)