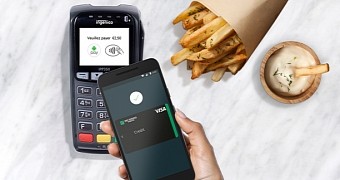 Google has just announced that it made Android Pay available in a new European country, Belgium. The service allows users to easily and securely make payments with their Android smartphones in the tenth country in the world to benefit from this service.

Android users in Belgium will be able to use Android Pay at more than 85,000 retail locations that accept contactless payments. The locations include major retail stores, grocery stores, restaurants, pharmacies and many more.

In order to use Android Pay, customers simply need to wake up their phones and hold them to the payment terminal. They don’t need to open the Android Pay app or unlock the smartphone for the feature to work. After check out, users get information on their phones about the transactions that they’ve just completed.

Android Pay is available in the Play Store