Apple and DuckDuckGo, a Match Made in the Privacy Heaven 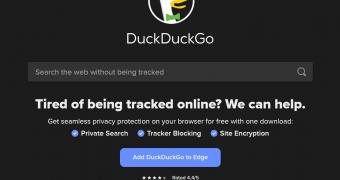 While Google is currently the number one search engine worldwide, Microsoft’s Bing is often described as the top alternative, both in the US and elsewhere.

Apple, on the other hand, doesn’t seem to be interested in a search engine, instead choosing to work with other companies for the whole thing.

Right now, for example, the search feature on the iPhone and iPad is powered by Google, with the Mountain View company said to pay some $10 billion to Apple just to be offered as the default search option on its devices.

But it’s no secret that Apple itself needs Google’s services, especially because the company doesn’t have a search engine.

And there’s one easy way to deal with this, as Bernstein analyst Toni Sacconaghi explains: buy DuckDuckGo.

At first glance, DuckDuckGo perfectly aligns with Apple’s own strategy, as both are insisting for user privacy for anyone using their services. The analyst says Apple could pay some $1 billio… (read more)