Apple, Microsoft, Google to Back Foxconn in Toshiba Bid 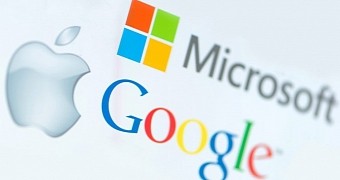 Foxconn, the number one electronics manufacturer in the world, is receiving financial support from a number of large tech companies, including Apple, Dell, and Kingston to take over Toshiba’s chip unit, according to CEO Terry Gou.

Furthermore, the consortium of firms interested in the Toshiba takeover will also include several other big names, like Google, Microsoft, and Cisco, the Gou explained in a statement for Reuters, and right now the negotiations are in the phase where the companies are discussing their participation in the bid.

“I can tell you Apple is in for sure,” Gou was quoted as saying, adding that CEO Tim Cook and Apple’s board of directors have already approved Cupertino’s participation in the bid.

No tech company whose name is involved in the report provided a statement on this, but on the other hand, the Foxconn CEO explained that the plan is for his… (read more)