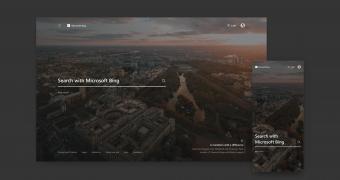 Microsoft has recently announced that it’s rebranding its search engine to “Microsoft Bing,” but on the other hand, the company hasn’t actually released any facelift for the Bing.com experience on desktop and mobile.

That’s perfectly fine, as the skilled designers out there are always ready for the tasks. And here’s the concept created by Zee-Al-Eid Ahmad Rana and which images a more modern version of the search engine that seems to align with Microsoft’s new design approach quite nicely.

The key parts of the Bing experience are still there, and this is what’s actually so great about this concept: it envisions a modern look for the search engine, all mixed with the features that everybody loves, including the high-resolution wallpapers that many use as desktop backgrounds.

Microsoft is making a big deal about Bing, not only as a search engine that’… (read more)