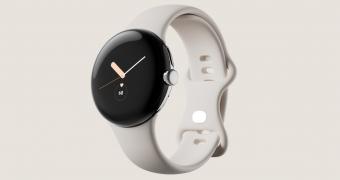 We’ve known for a while that Google was working on its very own smartwatch, but up to this point, the company has tried to remain as tight-lipped as possible on the whole thing.

At I/O, however, the search giant finally previewed the Pixel Watch, revealing not only the design but also a series of features coming to the device.

First and foremost, Google is obviously going for an edge-to-edge design, and without a doubt, this makes the Pixel Watch look quite premium. With Fitbit’s infinity band design, it looks like a device that’s mostly focused on activity tracking, though there’s no doubt the smartwatch capabilities will be a major selling point.

However, Google itself explains that deep Fitbit integration would be offered, so most likely, expect advanced health features that can already be tried out on the Sense today.

Elsewhere, the Pixel Watch is a new-generation smartwatch in all regards. It comes with support for contactless payments, obviously powered by … (read more)