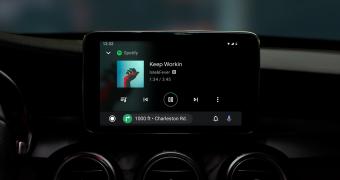 Google has started the official rollout of the Android Auto overhaul that the company announced earlier this year at the I/O 2019 event.

At that point, the search giant said the refreshed Android Auto experience would go live in the summer, and albeit no specifics were provided, people familiar with the matter said the target was late June.

By the looks of things, this information was accurate, as Google has now commenced the global rollout of the Android Auto redesign as part of version 4.4.

However, it’s very important to note that the release takes place in stages and appears to be based on a server-side switch. In other words, not everyone is getting the overhauled Android Auto just by installing version 4.4, but users need to wait for Google to enable the update on its side.

Not available for everyone

A discussion thread on … (read more)