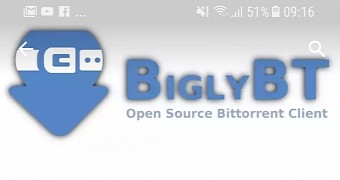 There are a lot of BitTorrent apps apps on Android, and the Google Play Store has never seemed to have a problem with any of them, contrary to Apple who banned them from reaching its own store.

But this could change very soon if what happened to developers of new BitTorrent client BiblyBT is the result of a new policy created by Google.

An update to the torrent app was rejected in the Google Play Store because it used the word BitTorrent in the description, despite the client originally approved to be listed in the store with the same text being used.

“Hi developers at Bigly Software, thanks for submitting BliglyBT Torrent Downloader & Remote Control to Google Play. I reviewed your app and had to reject it because it violates out metadata policy. The apps’ full description mentions other brands: Bittorrent,” the message sent to the dev reads.

Plenty of unofficial BitTorrent apps in the store