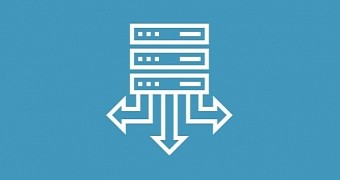 A team of six Google engineers has submitted a commit to the Linux networking development group that implements a new computer algorithm for handling TCP traffic congestion control.

The team says the new algorithm has already been tested and used on Google’s internal backbone networks, google.com and YouTube.

The new algorithm is named BBR and stands for Bottleneck Bandwidth and RTT, where RTT is Round-Trip Time, the time it takes to send a message and receive the acknowledgment it arrived.

According to the team’s explanation, the new algorithm will improve the efficiency with which Linux-based servers will handle network bottlenecks.

Previous TCP congestion control systems were developed in the ’80s

Google engineers said that existing TCP congestion control algorithms were developed in the ’80s, such as Reno or CUBIC, and all rely on packet loss to determine congested connections.

In their view, these implementations are flawed because by the … (read more)
Source link