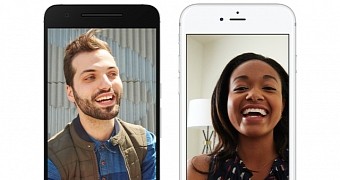 About one week ago, Google released one of the most anticipated applications that it had been working on, Duo. The video messaging app was first announced during Google I/O, alongside Allo messaging app, which has yet to be released.

A few days after it was released to Android and iOS, Duo quickly climbed to the first position in the Play Store, surpassing big names in the industry, like Facebook, WhatsApp, Facebook Messenger and Snapchat.

Sundar Pichai announced that Duo managed to gather over 5 million downloads on Android smartphones in about a week since its release.

It’s quite an impressive performance considering that the application only offers a few basic features. However, the application’s appeal comes from its simplistic interface and the fact tha… (read more)
Source link