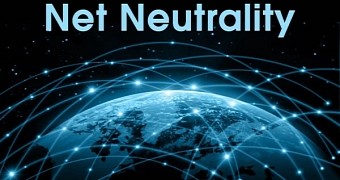 Tech giants are teaming up to once more fight for net neutrality, which makes us believe we’re back to 2014 or 2015.

The Internet Association, which is a lobby group representing companies such as Google, Facebook, Microsoft, Amazon, Netflix, and many others, met with Ajit Pai, the new FCC chairman, to tell him net neutrality rules are great just the way they are.

This meeting comes as rumors regarding FCC’s plans for net neutrality intensified over the past few weeks, indicating that they’re planning to roll back rules protecting net neutrality. Of course, that’s not exactly a big surprise since Ajit Pai had expressed an opposition to net neutrality since he was only just a member of the FCC, back during the Obama administration.

“The internet industry is uniform in its belief that net neutrality preserves the consumer experience, competition, and innovation online. In other words, existing net neutrality rules should be enforced and kept intact,” the meeting … (read more)
Source link