Google Is Working on Its Very Own Apple AirTag Rival 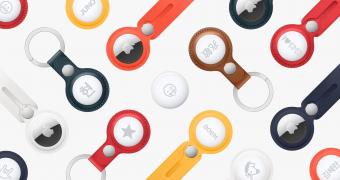 The success that Apple’s AirTag has been enjoying since launch rapidly caught the attention of other companies out there, and now more and more tech giants are looking into similar products.

However, while building such a device isn’t necessarily difficult, what’s going to be a lot more challenging is actually making it as efficient as the AirTag. Apple’s device relies on the company’s Find My network, as it’s capable of connecting to nearby iPhones to send its locations to the owner.

Google apparently believes it can do the same thing, so it’s now working on a new device whose role will be specifically to serve as an alternative to the AirTag.

Kuba Wojciechowski, best known for his Pixel leaks, says Google’s device is internally referred to as “Grogu,” and if you believe this sounds awful, just don’t say it out loud. You could very well upset Star Wars fans, as this is a clear reference to the… (read more)