Google May Ditch 3.5mm Headphone Jacks on Next Pixel Phones 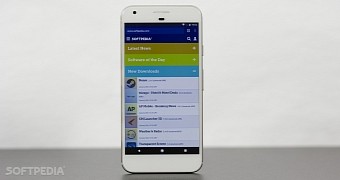 Reports about the upcoming Pixel smartphone have already started surfacing, although the phone is expected to arrive sometime in October. Google has started working on the next Pixel phone and a recent report says that it might not have a 3.5mm headphone jack.

An internal Google document was seen by 9to5Google and it suggested that the tech company might ditch the 3.5mm headphone jack on new Pixel smartphones. The actual documentation wasn’t shared and at this point, there aren’t any other reports suggesting the same move, so take this information with a grain of salt.

The removal of the 3.5mm headphone jack would certainly be a bold move for Google, especially since the company highlighted the feature on Pixel and Pixel XL phones over Apple’s iPhone 7 offerings from last year.

Pixel 2 will remain a premium smartphone