Google Once Again Said to Be Working on a Pixel Smartwatch 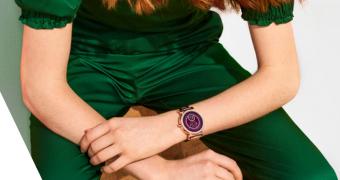 We’ve known for a while that Google is thinking of launching a smartwatch, but up to this point, the company is yet to come up with such a product.

In the meantime, the search giant has also acquired Fitbit, a company that’s still operating independently, so many believe the likelihood of Google launching its very own smartwatch is very small.

And yet, a report from BI indicates that Google hasn’t given up on launching its own Pixel Watch.

In fact, the project is making good progress, with Google planning to release it at some point in the summer of 2022. Codenamed Rohan, the new watch is likely to be round and sport virtually no bezels, so in theory, it’ll be as modern as it gets.

The device will come with its very own proprietary bands, as Google most likely wants to go the same route like Apple and create a large ecosystem of accessories … (read more)