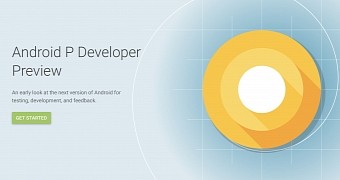 A lot sooner than expected, Google released today the first Developer Preview (DP) milestone of the upcoming Android 9 mobile operating system for application developers who want to prepare their apps for the next major Android version.

Android P Developer Preview is now available for early adopters and application developers who want to have an early look at the next Android release, bringing various simplicity, speed, and a bunch of new features to extend your apps. Among these, we can mention display cutout support a.k.a. “notch” support.

“Android P offers support for the latest edge-to-edge screens with display cutout for camera and speaker,” said Google. “The new DisplayCutout class lets you find out the location and shape of the non-functional areas where… (read more)