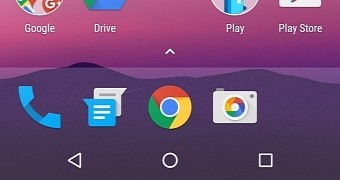 Google has officially launched the Pixel Launcher in the Play Store, and although most Android users already tried it with the APK before the actual release, everyone can now get the stable version.

In essence, the Pixel Launcher allows Android users to try out the home screen experience that Google implemented in its new Pixel and Pixel XL phones, bringing several refinements, such as improved navigation and a bunch of new features.

As with other launchers, Pixel Launcher allows users to quickly access Google Cards by simply swiping right from the home screen, or launch Google Search without actually leaving the screen.

Supporting Android 5.0 and up

According to the Play Store listing, Pixel Launcher is now at version 7.1.1-3359438 and requires Android 5.0 and up, although we’ve heard from our readers that in some cases, it can only be installed on Android 7.1 developer preview. This is only the case with the icons though, as the launcher itself… (read more)
Source link