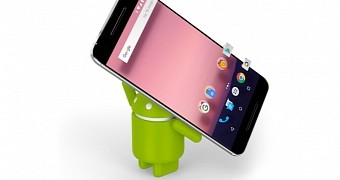 Google started the roll out of Android 7.0 Nougat final version yesterday and it’s expected to arrive to smartphones in the coming weeks. However, users who don’t wish to wait until the update hits their phones, can go over to Android developers website and get factory images.

The factory images are available for Nexus smartphones, like Nexus 5X, Nexus 6P, Nexus 6, Nexus 9, Nexus Player and Pixel C. In the next period of time, Google will also provide factory images for Android One and Nexus 9 LTE.

Google provided download links to the same OTAs that will be rolling soon for smartphone owners that already have the Android Developer Preview 4, but want a faster update.

Flashing a factory image to a device means that all data will be wiped so users should take that into consideration before starting the process. Users should back data to their Google Account and keep in mind that apps and all associat… (read more)
Source link