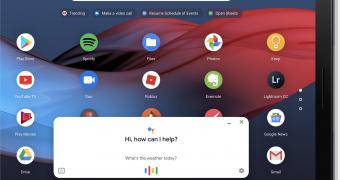 Chrome OS 75 has been promoted to the stable channel as version 75.0.3770.102 (Platform version: 12105.75.0) for most Chromebook devices. This release introduces a new parental control feature that lets parents limit the time to their kids spend on Chrome OS devices, and it also enables kid-friendly Assistant for child accounts.