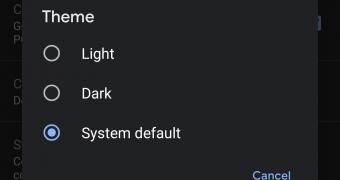 Dark modes are the next big thing in mobile and desktop apps, so everybody’s working on such a visual update regardless of their platform of focus.

Google itself has promised to bring dark mode to Gmail earlier this year, and the Android 10 debut was supposed to witness the introduction of this highly-anticipated feature.

And as it turns out, now that Android 10 is here, so is the dark mode for the Gmail app on Android, as some lucky fellows out there received the update earlier this week.

These posts on reddit suggest that the release of Gmail’s dark mode is taking place in stages, which means that not everyone gets it at the same time.

The dark theme is integrated in version 2019.08.18.267044774 but requires a server-side switch before showing up. In other words, while this particular version does power the… (read more)