Google to Launch the Pixel 4a on August 3 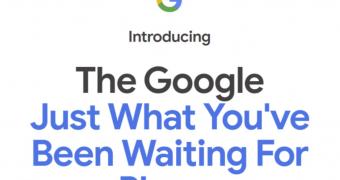 Next week is going to be a great week, as Samsung is expected to take the wraps off the Galaxy Note20 and a series of other devices, and now Google’s joining the party with its own announcement.

A teaser that the company dropped online a few hours ago reveals that the search giant will unveil a new phone on August 3, and while it’s tried to be as mysterious as possible, pretty much everybody knows it’s the Google Pixel 4a we’re talking about here.

Google has tried to be pretty original with this teaser, so it created a lorem ipsum page with hidden words, but these eventually reveal that the device will be focused on things like video chatting, low-light photo capture, an advanced camera, and a long-lasting battery.

Sales to start by the end of the month

This is “The Google just what you’ve been waiting for phone,” the teaser reads, and a 3D model that’s included in the teaser shows an o… (read more)