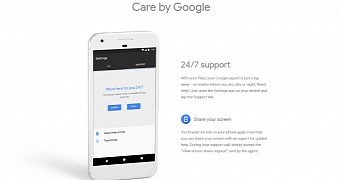 Google announced two new smartphones a few hours ago, during an event held in San Francisco and live streamed on YouTube. When it comes to the hardware inside Pixel phones, Google didn’t hold many surprises. The presentation was mostly focused on Google-developed software, especially features integrated in the new phones.

Pixel and Pixel XL smartphones are already available for pre-order on Verizon, Google Store and Best Buy in the US. As we reported earlier, no other US mobile carrier will be offering the smartphones, except for Verizon.

During the presentation, Sabrina Ellis from the Pixel software team announced some features on the two smartphones. She detailed information about batteries inside Pixel smartphones and automatic updates that would install in the background and wouldn’t bother users. Obviously, only unlocked <a href="http:/… (read more)
Source link