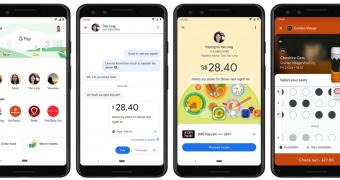 Google has recently announced a new Google Pay experience on iPhone and Android, though the company hasn’t shared the full teaser and actually revealed that more information would be shared tomorrow.

However, Google says that users on iPhone and Android would be provided with a new Pay app that is “designed to help you improve your relationship with money.”

Details are missing right now, but Google claims the new experience would first go live in the United States, most likely with the goal to bring it to international markets at a later date.

Google has been working hard on improving Google Pay lately, and earlier this week the service launched in new markets, including in Romania, Austria, Bulgaria, Greece, Hungary, and Portugal.