Google’s Next Pixel Phones Might Be Codenamed Muskie and Walleye 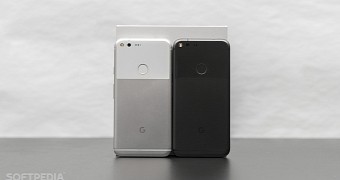 Google has already started working on the new Pixel smartphones, expected to launch sometime this fall. Some details about the new phones have already surfaced online and a recent report by Android Police reveals the codenames that the two devices will carry.

Sources stated that Google’s upcoming Pixel smartphones will carry the muskie and walleye codenamed. The latter was mentioned in AOSP and it’s believed to be the smaller of new Pixel phones.

Google is known to use fish names to refer to upcoming smartphones. Last year’s Pixel and Pixel XL carried the codenames Marlin and Sailfish, while their actual retail names were kept a secret for months on end.

Sadly, the reference in AOSP records didn’t reveal anything solid about the new phones, except … (read more)