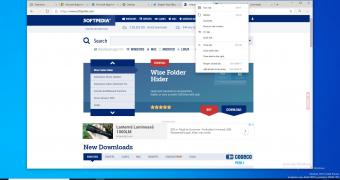 The revamped version of Microsoft Edge isn’t yet available for download, but thanks to the leaked build that made the rounds earlier this week, we can already get a glimpse into what the software giant is currently working on.

And by the looks of things, the Chromium-based Microsoft Edge indeed comes with a lot of goodies, including support for all Google Chrome extensions, which is something that totally makes sense given the engine that powers it.

Supporting all Google Chrome extensions is something that Microsoft has been dreaming about ever since it started the work on the first version of Microsoft Edge browser.

Called Project Spartan, the early builds of the application were supposed to work with Google Chrome extensions seamlessly, but the plan was ditched when Microsoft decided to go all-in on EdgeHTML and distribute add-ons via the Microsoft Store.

Now that the company is switching to Chromium, Microsoft can fully embrace the large collection of Google C… (read more)