Is Microsoft Edge Becoming Just a Clone of Google Chrome? 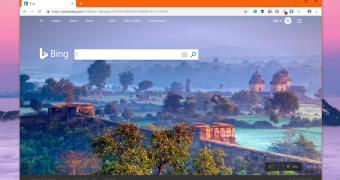 Microsoft has recently decided to surrender to Google Chrome in the browser market, choosing to move from its very own EdgeHTML engine to Chromium.

While the news was surprising for many, Microsoft migrating to the Chromium engine was something that made total sense.

Edge itself has never managed to become the browser that Microsoft expected it to be, and switching to Google Chrome’s engine guaranteed several major improvements, including access to a large collection of extensions.

Microsoft promised an early build of the new Chromium-based Edge browser in early 2019, but no further specifics were shared. I expect a testing build to be shared at the Build developer conference in May, so in the meantime, all we have is a collection of early screenshots providing us with an early look at the current browser.