“Love,” “Girl,” and “Angel” are the Most Commonly Used Words for Passwords 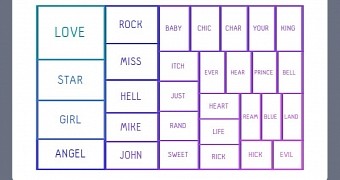 A new research shows that Internet users no longer stick with “123456” for their passwords, but instead, they pick some shockingly easy to guess words.

CBT Nuggets writes that after analyzing data of 50,000 leaked emails and passwords, it discovered that the most commonly used words for passwords are “love,” “star,” “girl,” and “angel.” Next in line are rock, miss, hell, Mike, and John because yes, using names in your passwords is always a good idea. NOT!

“Men were slightly more prone to being hacked, based on our info. And interestingly, those aged 25 to 34 were four times more likely to be hacked than any other demographic. They also happe… (read more)
Source link