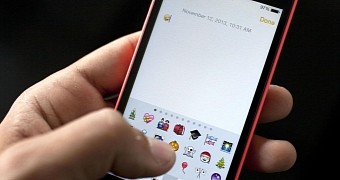 Emojis seem to be the next big thing on smartphones across the world, so Unicode, the organization that designs and brings them on our devices, is already working on the next generation expected this year.

And since we’re getting closer to the Rio Olympic games, Unicode was planning a special sports-themed emoji set that included a rifle emoticon – because rifle shooting is actually an Olympic sport, that’s why.

But several companies, including Apple, Microsoft, and even Google are believed to have opposed to this proposal, explaining that they don’t want a rifle emoji on their devices.

BuzzFeed writes that Apple was the first to veto the rifle emoticon during a meeting with tech companies, and both Microsoft and Google supported their Cupertino-based rival. The reason is as simple as it could be: such an emoji could encour… (read more)
Source link