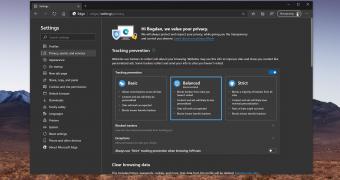 We’ve known for a while that Google Chrome is currently one of the biggest resource hogs on Windows computers, and since Microsoft Edge is based on the same Chromium engine, the Redmond-based software giant wants to avoid its browser going in the same direction.

So Microsoft has recently started working on a new feature called sleeping tabs and whose purpose is to request tabs that you don’t need to release the resources they use back to the system.

Google Chrome already comes with a tab freezing feature that suspends the activity of the tabs you didn’t click in a long time, and Microsoft Edge pushes the experience even further.

“Sleeping tabs builds upon the core of Chromium’s “freezing” technology. Freezing pauses a tab’s script timers to minimize resource usage. A sleeping tab resumes automatically when clicked, which is different than discarded tabs, which require the page to fully be reloaded,” Microsoft explains.

“We built upon the freezing technology to cr… (read more)