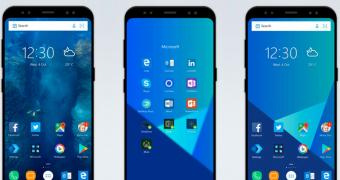 Microsoft has become a software developer that’s fully committed to the Android ecosystem, and the company not only that launches plenty of apps supposed to run on Google’s mobile OS, but it’s also preparing its very first phone powered by it.

And with Microsoft getting more and more involved in the world of Android, it was probably just a matter of time until the software giant started working with Google on several important projects.

One of them is bringing more PWAs to the Google Play Store, and this week, Microsoft and Google announced a new joint effort to make the whole thing happen.

More specifically, the two companies have added support for Microsoft’s PWABuilder and Google’s Bubblewrap to work together in an attempt to make it easier to bring a PWA to the Google Play Store.