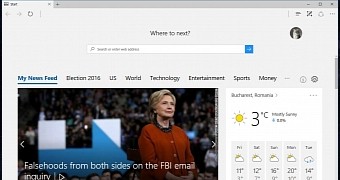 Microsoft replaced Internet Explorer with Edge browser in Windows 10 in an attempt to offer users a worthy alternative to Google Chrome and Mozilla Firefox, but it turns out that the software giant’s plan isn’t working exactly as it hoped.

Statistics show that Microsoft Edge barely improves its market share every month, while Internet Explorer collapses at a really face pace, mostly because Microsoft no longer provides improvements and new features, but only security updates.

Data provided by NetMarketShare for the month of October shows that Internet Explorer and Microsoft Edge had a combined share of 28.4 percent, down 2.3 percent from the previous month. Google Chrome dominates the market with 55 percent, while Firefox managed to improve by 2 percent to reach 11.1 percent.

What’s worse for Microsoft is that its browser efforts are not really successful and, as you can see in this chart put together… (read more)
Source link