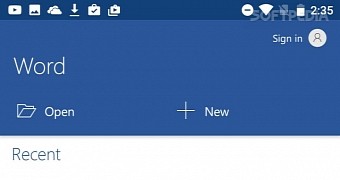 Users are reporting issues with the Android version of Microsoft’s Office productivity suite, which can no longer be installed on a number of Chromebooks for a reason that’s yet to be discovered.

Posts on reddit reveal that Microsoft Office Android apps are now listed as incompatible for a number of Play Store-enabled Chromebooks, raising questions regarding Redmond’s strategy when it comes to rival platforms.

While many rushed to accuse Microsoft of blocking Office on Chromebooks because this is a rival product, it’s important to note that Redmond has no reason to do that, especially given that the company is fighting to conquer Android and banning its productivity suite on a number of devices could push users to other products, such as Google’s.