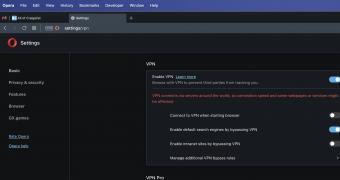 In a world dominated by Google Chrome, Microsoft Edge, and Mozilla Firefox, browsers like Vivaldi and Opera can only impress with special capabilities that are specifically built based on user feedback.

And right now, both these browsers are precisely embracing this approach, as Opera and Vivaldi come with an impressive set of features that you can’t find elsewhere.

Opera has recently reached a new milestone, as version 94 made its way to the beta channel, and just as expected, it comes with big new features to try out. For instance, beta users can now try out the Autohide Sidebar feature, something that obviously makes a lot of sense from a usability perspective while browsing.

At the same time, the official announcement reveals that Opera 94 comes with improvements for football fans, as the browser now supports the video pop-out option for more websites out there (just in case you want to watch… (read more)