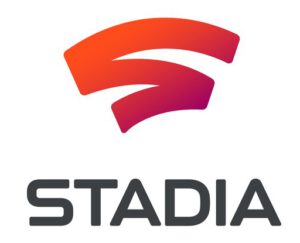 Hello everyone, you can download Google Stadia for Chromebook and experience the next revolution in gaming, cloud gaming. You might have heard of Stadia as long back as from last year but man, back then we didn’t really know what to expect but for sure cloud gaming is officially the future, it doesn’t mean console gaming is going anywhere soon, especially with the majority of people in the world still not able to access 10mbps as a default internet connection, consoles will be here a long time, but, we can’t ignore that streaming video games is the way of the future, sooner or later and Google among many others like the currently unheard of Amazon Luna, are going to be in your face whether you like it or not. Luckily, Stadia works out the box with your Chromebooks.

“You don’t need to buy new hardware because Stadia works with the things you already own: laptops, desktops, compatible phones and tablets, and popular game controllers. And Stadia works instantly, without waiting for your games to download or update.” – This is the main attraction to this new way of gaming but again, this might be fine in North America and most of Europe but everyone else who has data limits because of costs etc will have to wait to truly benefit cloud gaming services, I expect maybe another 5 years world-wide, and cloud gaming should be covering at least 25% of the gaming industry, but that is of course just my current prediction.

What is Google Stadia?

Stadia is Google’s gaming platform that lets you instantly play your favorite video games on screens you already own. Access to Stadia is on us, you only pay for the games. Stream games directly to your favorite compatible devices. They’re ready wherever you have Wi-Fi or Ethernet, without waiting for installs, downloads, or updates.

How does Google Stadia Work?

Stadia It is accessible through the Google Chrome web browser on personal computers, supported smartphones, as well as Chrome OS tablets and Chromecast for TV support.

Play Stadia games across laptops, desktops, and Android devices. You can also play on TVs if you have the Stadia Controller and a Google Chromecast Ultra.

Pause your game on one screen and seamlessly continue playing on another. Wherever you go, your game will be ready. That’s the beauty of cloud-based gaming.

The moment you claim or buy a game, it’s ready to play, no waiting for downloads or game patches. Stadia updates games behind the scenes so you never have to wait.

Get a bunch of games included in the Stadia Pro subscription, with more added each month. You can also buy games individually with no subscription required. More and more games are being added all the time.

How much does Google Stadia Cost? 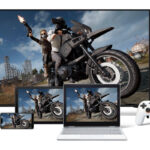