Hello everyone, you can now download Minecraft for Chromebook and play a very popular sandbox gaming with tons of options with well over 2 million players logged simultaneously at any given time from across the world. As I have already noted in the past, Chromebooks released in 2017 or newer can now run most Android apps and Android games! We now have a list of Chromebooks that support Android apps where you can double check to see if your Chromebook can run Android apps, even if you don’t find your Chromebook on that list, as long as it was released in 2017 or later, it most likely can run Android apps from the Google play store thus meaning it can run Minecraft without issues.

Today we will highlight some reasons why we think you should put your Chromebook to the test and try this popular arcade game on it as soon as you can. The game is set at $7 USD for starters but as usual with games these days, you should expect to pay some more money via their marketplace if you want something unique or further customization of the game. Either way, Minecraft is one of the highest rated games ever and it is currently the best selling-video game ever. It’s no surprise that it works great even on Chromebooks. I highly recommend that whenever you do decide to get a new Chromebook, it is better to get one with touch-screen support, these are the Chromebooks that are most compatible with the Android apps because as you know, Android apps are originally made for smartphones and tablets with touch-screen. I first tried out Minecraft on Chrome maybe 6 months ago or so but I did not post it on this website simply because I forgot, I was shocked when today I just realized that we didn’t feature this game even though it works fine on Chrome OS devices, my apologies, let us know in the comments what you think about this game once you decide to try it.

Play the game at YaksGames

What is Minecraft Game About?

Minecraft is a game that allows you to explore infinite worlds and build everything from the simplest of homes to the grandest of castles. Play in creative mode with unlimited resources or mine deep into the world in survival mode, crafting weapons and armor to fend off dangerous mobs. Create, explore and survive alone or with friends on mobile devices or Windows 10. 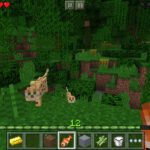 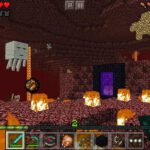 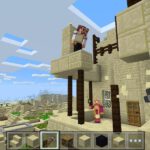 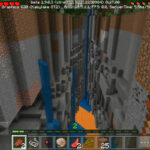