Hello everyone, you can download Marvel Contest of Champions for Chromebook and experience one of the most robust and popular mobile games, period. The game has well over 100 million installs according to the Google Play Store data impressive especially because it continues to remain popular despite the game now being over 5 years old.

Today we will give some reasons to why we think you should go ahead and give Marvel Contest of Champions a try on your Chrome OS. Like I said, this game is increasing in popularity as time goes mainly because it’s online gaming system is one of the best out there and it has tons of characters to choose from. I have been playing it for over a year on my phone but luckily my new Lenovo Duet Chromebook handles this game just fine with crisp controls, especially since I use the touchscreen controllers. In my team I usually have Spiderman(Miles Morales), Hulk, Cyclops, Black Panther, Magneto and Thanos. I have way more collected but those are usually the top tier characters that don’t let me down when I need them the most. In case you can’t tell from the screenshots, the game is like Mortal Combat, it is a superhero fighting game much like the classic Capcom vs Marvel or like the recent Mortal Kombat games on consoles. The game works and looks great even on Mobile devices and the amount of moves you can do is great, each character you pick feels unique and you can play this game for hours without being bored honestly. I am not the biggest fan of fighting games so I usually just play it 2-3 times a week at most but I enjoy myself each time.

Install Marvel Contest of Champions on Chromebook as Android App

Marvel Contest of Champions for Chromebook

What is Marvel Contest of Champions game about?

Marvel Contest of Champions sometimes abbreviated as MCOC, is a game that features incredible graphics and gameplay. The story goes, “The greedy Elder of the Universe known as The Collector has summoned you to a brawl of epic proportions against a line-up of vile villains including Kang the Conqueror, Thanos, Maestro and more.” You get to assemble a team of Super Heroes & Villains to begin your quest to become the Ultimate Marvel Champion. Compete in the Arenas, team up with fellow Summoners, and battle with your Alliance to earn exclusive rewards.

BUILD A COMPETITIVE TEAM OF CHAMPIONS

COMPETE AGAINST THE WORLD’S TOP SUMMONERS

TEAM UP WITH POWERFUL SUMMONERS IN ALLIANCES

QUEST AND BATTLE IN AN EPIC AND DEEP MARVEL STORY 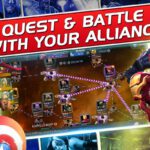 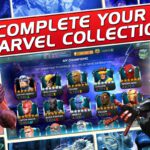 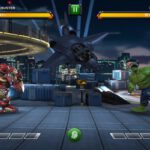 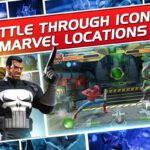 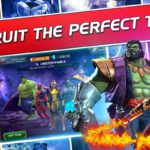 If you are also a fan of DC Comics, try DC Legends for Chromebook it’s a somewhat similar game to this one.