What is a Chromebook?

Well well, well…So you want to know what a Chromebook is eh? Well simple, A Chromebook is a laptop or sometimes called a notebook of a different caliber.

Instead of Windows or Mac OS, Chromebooks run Google’s very own custom operating system named Chrome OS. These machines are designed to be used primarily while connected to the Internet, with most applications and documents living in the cloud.

The first Chromebooks for sale, by Acer Inc. and Samsung, were announced at the Google I/O conference in May 2011 and began shipping on June 15, 2011. Lenovo, Hewlett Packard and Google itself entered the market in early 2013.

In addition to Google’s laptop models, a desktop version was released called a Chromebox. Check that out if you love the “old fashion” computer.

Chromebooks are optimized for Google’s apps, such as Gmail, Google Calendar and Google Drive. This deep integration can be either positive or negative, depending on how you use a PC.

Getting set up on a Chromebook will be easy if you already use Google’s services for your email, Google calendar and Google documents.

What are the average Chromebook Specs?

Chromebook Hard Drive Size: All Chromebooks come with at least 16GB of storage. That’s plenty if you use Chromebook as Google intended. Some Chromebooks are available with a 32GB SSD, which will be handy for anyone looking have a little more offline capability.

Chromebook Processor: With the way technology is upgrading, the latest Chromebooks now feature stable and acceptable processor’s that rival some of the larger market’s players.

Chromebook Screen Size & Resolution: Chromebooks are offered in several different screen sizes. The standard size is 11.6-inch but there are also 13, 14, and 15-inch and above options that are available and HD resolution Chromebooks are now already available.

+ Buy A Chromebook from Amazon 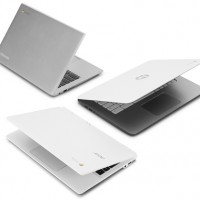 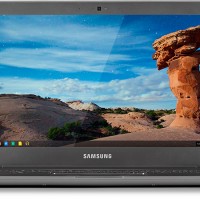 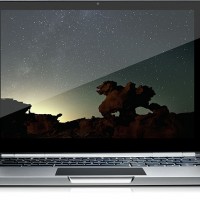 Check out more pictures of chromebooks and videos. If you are interested in a Chromebook, why not find out how much a Chromebook costs?