In a nutshell, ChromeOS is an operating system based on the Linux kernel and designed by Google to work with web applications and installed applications.

Chrome OS is built upon the open source project called Chromium OS which, unlike ChromeOS, can be compiled from the downloaded source code. Chrome OS is the commercial version installed on specific hardware from Google’s manufacturing partners.

Chrome OS is initially intended for secondary devices like netbooks, not as a user’s primary PC, and will run on hardware incorporating an x86 or ARM-based processor. While Chrome OS will support hard disk drives, Google has requested that its hardware partners use solid-state drives “for performance and reliability reasons” as well as the lower capacity requirements inherent in an operating system that accesses applications and most user data on remote servers.

Google Cloud Print is a Google service that helps any application on any device to print on any printer. While the cloud provides virtually any connected device with information access, the task of “developing and maintaining print subsystems for every combination of hardware and operating system – from desktops to netbooks to mobile devices – simply isn’t feasible.” The cloud service requires installation of a piece of software called proxy, as part of the Chrome OS. The proxy registers the printer with the service, manages the print jobs, provides the printer driver functionality, and gives status alerts for each job.

In March 2010, Google software security engineer Will Drewry discussed Chrome OS security. Drewry described Chrome OS as a “hardened” operating system featuring auto-updating and sandbox features that will reduce malware exposure. He said that Chrome OS netbooks will be shipped with Trusted Platform Module (TPM), and include both a “trusted bootpath” and a physical switch under the battery compartment that actuates a developer mode. That mode drops some specialized security functions but increases developer flexibility. Drewry also emphasized that the open source nature of the operating system will contribute greatly to its security by allowing constant developer feedback.

At a December 2010 press conference, Google claimed that Chrome OS would be the most secure consumer operating system due in part to a verified boot ability, in which the initial boot code, stored in read-only memory, checks for system compromises, this is standard in a Chromebook or a Chromebox computer.

Chrome OS includes the Chrome Shell, or “crosh”, which documents minimal functionality such as ping and SSH at crosh start-up. In the older Chrome OS versions originally in Acer C710 no Bash-like shell abilities were provided. In the later Chromebooks such as Acer C720, bash is available from crosh, where the entire Linux filesystem can be found and explored.

In developer mode, a full-featured Bash shell can be opened via VT-2, and is also accessible using the crosh command shell. To access full privileges in shell (e.g. sudo) the root password is required; it is “chronos” in Chrome OS and “facepunch” in Chrome OS Vanilla. 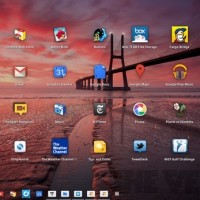 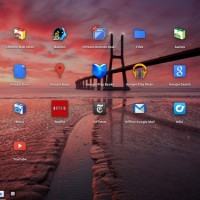 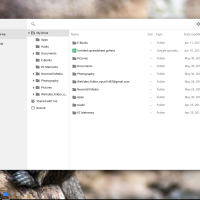 Check out more Chrome OS tutorials and videos. If you are interested in the Chrome OS, why not find out how much a Chromebook costs?