Hello everyone, you can download Vainglory for Chromebook and experience one of the most robust and popular cross-platform Moba(multiplayer online battle arena) games. The game has well over 10 million installs according to the Google Play Store data impressive for a game that a lot of you probably haven’t heard of still.

Today we will give some reasons to why we think you should go ahead and give Vainglory a try on your Chrome OS. Like I said, this game is increasing in popularity as time goes mainly because it’s online gaming system is one of the best out there, it is smooth and the servers are fast no matter where in the world you might be playing. As long as you have decent internet connection(3G/4G) you can play this game without issues. The graphics are also something to admire, and to be honest, that is what drew me to this game, I was watching a video clip of the trailer for this game(which I placed on this page if you can scroll down just a bit) and I was impressed, the sound was amazing, it still amazes me how mobile games are quickly improving in graphics, within a couple years, don’t be surprised if mobile graphics on elite phones catch up the PS4/Xbox One, well maybe that is a bit of a stretch but hey, you will see for yourself in the screenshots what I mean by improved graphics. I have been playing this game for the past three and half days and so far it is not only addicting but really fun, especially since I get to play with my nephew across the pond and I get to choose from tons of heroes, I always love games that give you tons of choices

What is Vainglory game about?

Vainglory is a game that features incredible graphics, precision controls and competitive gameplay parity across all platforms, Vainglory lets you party with your friends and match up with players around the world on desktop or mobile. You get to choose from tons of heroes with unique abilities as you battle against friends and foes alike from allover the world. 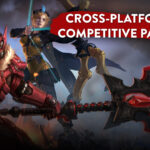 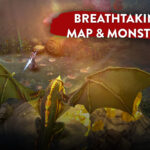 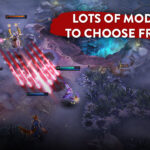 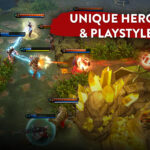