Hello everyone, you can download Dropbox for Chromebook and get to use one of the most popular apps that allows you to sync your Chromebook to the Dropbox Cloud Storage where you can share your files, apps, games, photos, videos and whatever else. By the way, for those of you who still might not know, starting with Chromebook’s that were made in 2017 or after, it is now possible to run Android apps on Chrome OS devices including most if not all modern Chromebook’s that were made in the past 2 years or so. You can check out a full list of Chromebooks that support installing and running Android apps.

Today we will highlight some reasons why you should go ahead and try Dropbox on your Chrome OS device. I started using Dropbox on my 2017 Samsung 12.3″ Chromebook Plus which is also a 2-in-1 convertible laptop that I love. I would suggest anyone who wants to use their Chromebooks for more powerful apps or games, this is the laptop you should look at. Besides that. I do use the android version of Dropbox on my Chromebook and it works perfectly but for your convenience, I have also added the Chrome extension version for those of you who just want to use it on your browser instead. Let us know by leaving a comment about what you think about Dropbox once you install it.

What Is Dropbox About?

Dropbox lets anyone upload and transfer files to the cloud, and share them with anyone. Back up photos, videos, docs, and other files to cloud storage, and access files synced with any of your computers or mobile devices, from anywhere. And with advanced sharing features, it’s easy to send files, large or small, to friends, family, and co-workers. 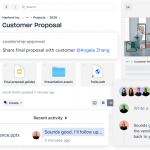 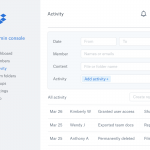 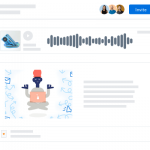 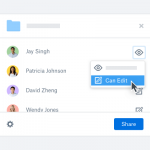