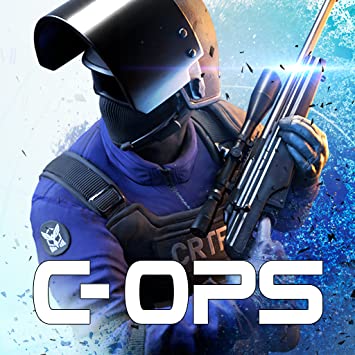 Today we will highlight some reasons why we think you should go ahead and try Critical Ops for your Chrome OS devices. This game already has over 50 million players and honestly, by just looking at the logo, you can get a sense or a feeling that this game is much like the legendary Counter-Strike. I decided to download it anyway last night and I played it for about 4 hours straight on my Google Pixelbook that I bought this past December. The game’s graphics are pretty good and it works better if you use the touch-screen controls on your Chromebook but, you can play Critical Ops with an Xbox One controller or a PS4 Controller which might make some of you feel more comfortable. The multiplayer servers are pretty stable so you won’t have any issues on that side plus, the game is regulary updated with new skins, maps and new weapons for you to customize and play with. A pretty underrated first person shooter I would say. Let us know in the comments what you think about this game once you decide to try it.

What Is Critical Ops Game About?

Critical Ops is a 3D MULTIPLAYER FPS designed exclusively for mobile. Experience action, where fast reflexes and TACTICAL skills are essential to success. Are you ready for the most skill-based mobile FPS?

Critical Ops is a first-person shooter that features competitive combat through beautifully crafted maps and challenging game modes. Battle it out alongside your band of brothers or lead an individual scoreboard. When duty calls, you must answer! Will you fight as a member of Coalition or The Breach?

The outcome is determined by your skills and your strategy. Offering no in-app purchases that give competitive advantages, we guarantee a FAIR-TO-PLAY scene! Master a variety of weapons and improve your shooting skills by competing in intense PvP gameplay. Competitive ranked games pit you against other similarly skilled operatives. While playing, you will learn new mechanics and gain knowledge, allowing you to evolve as a player.

Play all the available game modes in quick, match made games with operatives of similar skill level.

Two opposing teams battle it out in a timed deathmatch.

Two teams, two goals! One team trying to plant and defend the bomb until detonation, the other one trying to defuse it.

Two teams fight against each other, with individual players working their own way through all the weapons in the game.

The classic way of playing Critical Ops, join or host a room of any of the available game types, enable a password to host private rooms.

Operatives compete for points and secure their rank through victory in a competitive match made adaptation of Defuse. 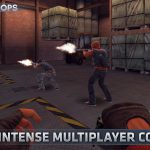 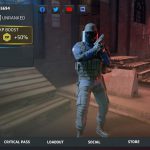 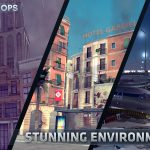 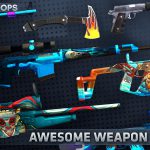