Today we will highlight a puzzle game that was developed by a company called Peak Games and the game is madly addictive and it should keep you from getting bored at work, school or at home. It has plenty of levels, achievements and you can even play the game online with other people and chat with them as you play through the game, that is actually a pretty cool concept for such a game, you don’t really see many developers do that. Toon Blast might be here for a long time so if you haven’t tried it yet, try it today and let us know in the comments what you think about the game.

What Is Toon Blast Game About?

Toon Blast is ultimate puzzle game with unique gameplay and endless fun. Enter the crazy cartoon world starring Cooper Cat, Wally Wolf, Bruno Bear and enjoy loads of wacky and challenging levels. Blast cubes and create powerful combos to pass levels. Solve puzzles to help the Toon gang as they travel around magical worlds. Join the wildest adventure of your life and have a blast.

● Complete tons of challenging levels and unlock new episodes. ● Play with unique game objectives and dozens of entertaining obstacles. ● Unlock wacky boosters to blast your way to the next level. ● Collect stars by completing levels to win awesome rewards. ● Create your own team & compete with others to rule the puzzle world. ● Receive lives from your teammates to keep on playing. ● Sync your game easily between your phone and tablet. ● Easy and fun to play yet challenging to master. 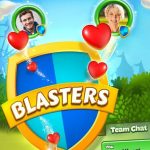 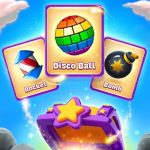 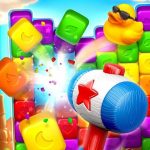